At Fir Tree we have been working hard over the last year to ensure that we are meeting the standards required for new computing curriculum. On this page you will be able to see examples of where computing has been evident around the school.

Coding has played a large part in the new coming curriculum here at Fir Tree. We have been using the software program Scratch to do this as it is a very user friendly way of showing coding.

Last year we were lucky enough to be visited by Google code club who really kick-started our introduction to scratch and programming and from then we have never looked back. This year has seen the start of a code club being run after school on a Tuesday. There has been a massive uptake for this club with a lot of children from both upper and lower school showing a large amount of enthusiasm for the area. At code club we have learnt to code animations, games, interactive programs and more. The level of work has been impressive and I am amazed at how quickly people have got to grips with the software. 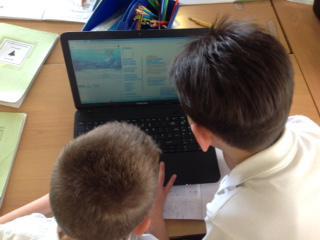 Within the classroom there have also been opportunities to code. Just prior to Christmas, Mr Ford came into Maple Class and talked to us about coding and programming. This was in connection with the 'hour of code' week that was happening worldwide to encourage children to begin coding. This was fantastic as Maple teamed up with Ash (year 3) and so the year 4 children were able to experience being a leader within the area of coding. Mr Ford also visited upper school and gave some children there the opportunity to participate in the hour of code. 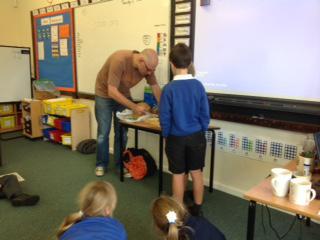 The use of technology throughout the school to enhance the learning has also progressed significantly over the last year. Using laptops regularly has been a very visible technique that teachers have been using to incorporate technology in their lessons. As well as this, we have been lucky enough to have been provided with an iPad in each class. The iPads are becoming more and more regularly used and from what I have seen, they are becoming a key element to learning at Fir Tree. I have seen examples of movies, animations, maths games, spelling/grammar tests and music creation all produced through the use of the iPad over the last few months. Of course they also mean that picture, video and sound recordings are made a lot easier for both students and teachers! 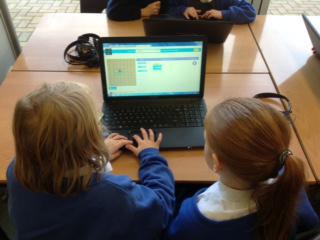 Our view of technology and the information that it holds has been broadened this year through the inclusion of assemblies based upon how to use tools such as the Internet or search engines appropriately. For children, this is essential to learn early as the Internet is vast and if not used correctly, can cause problems for people. This was the reason for ensuring that all the children were informed on Internet safety issues.