Our teachers are Mrs Jackson and Mrs Downs and and our class TA's are Mrs Bailey and Miss Peecock .

Our class page will contain lots of information about things we are doing and learning about in Silver Birch. We also have a class blog which is written by the children from Silver Birch; here you can see pictures and examples of work that we have been doing each week.

This term our PE days are Mondays (Swimming) and Wednesdays (Team building). Swimming will not begin until the 19th September so please wear your PE kit next Monday 12th September for a non-swimming PE day.

The link to our blog is:

Please feel free to ask questions or make comments on the blog.

In the event of self-isolation or further lockdown

In the event of your child needing to self isolate, please use the links above that your child can do in any of the subjects. In the event of our class bubble isolating or a school closure lockdown, we will be using Teams online. Your child will need their user name and password to access Teams.

Term 2 - Our projects this term are Lest We Forget and Shine A Light. 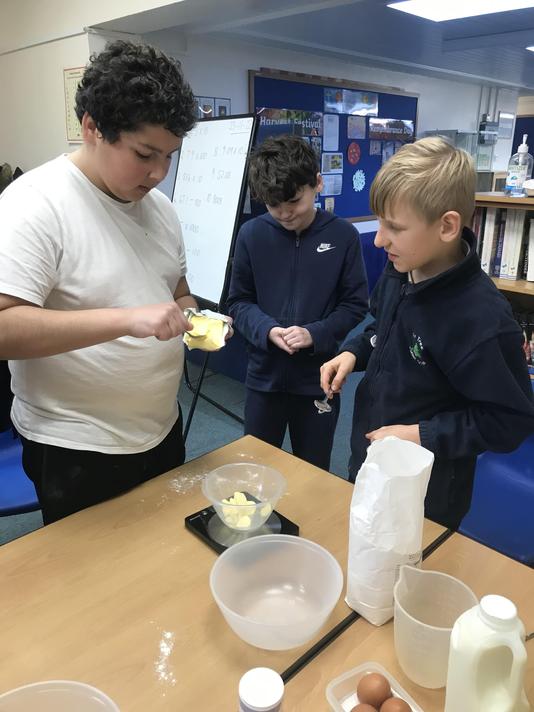 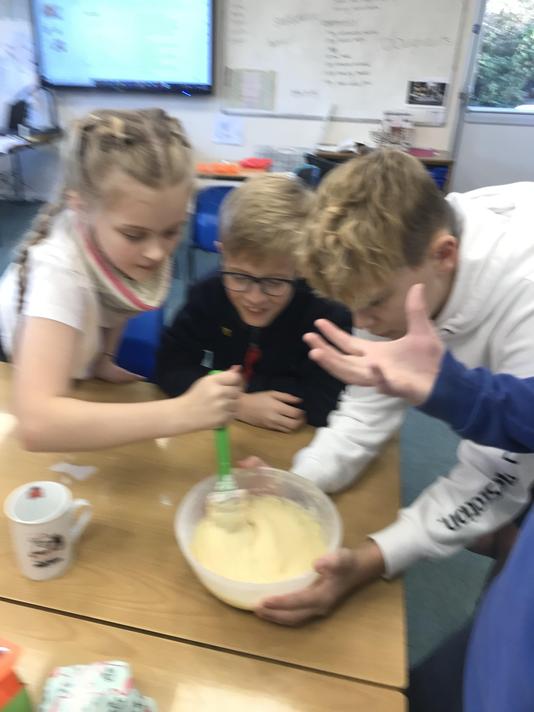 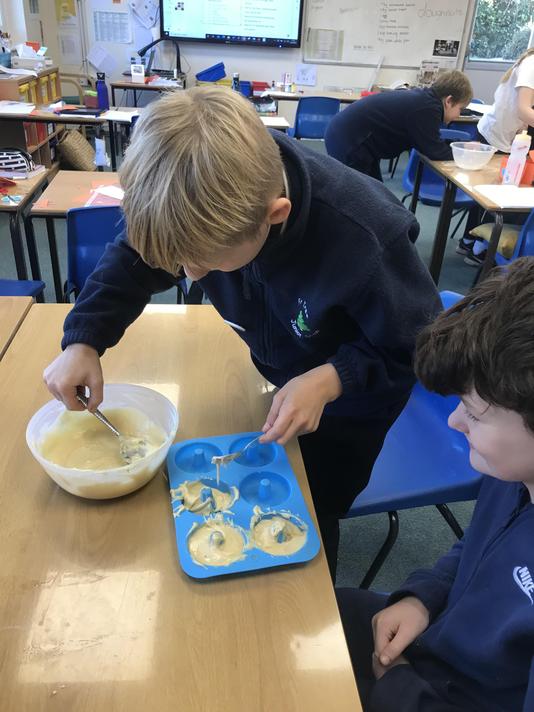 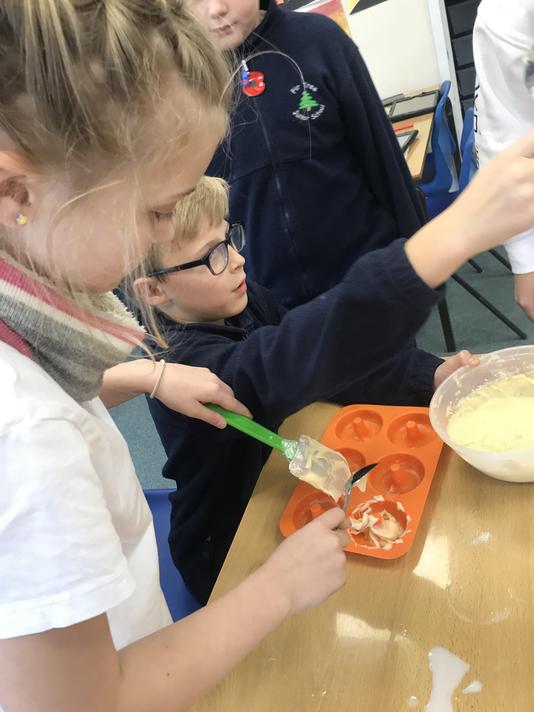 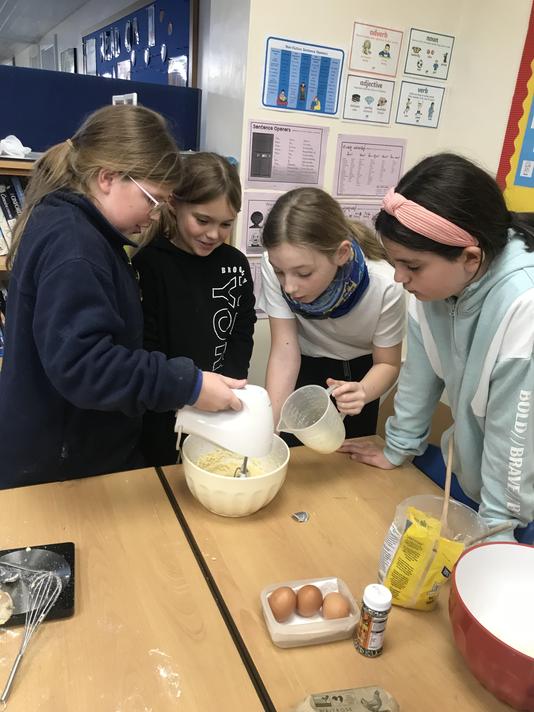 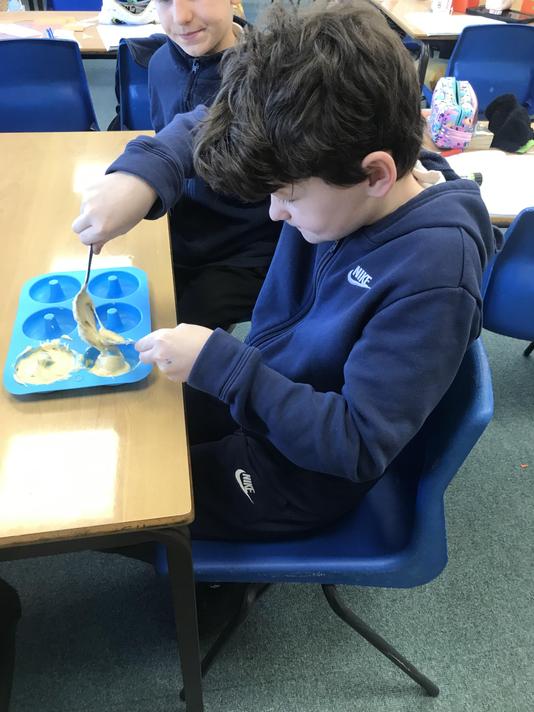 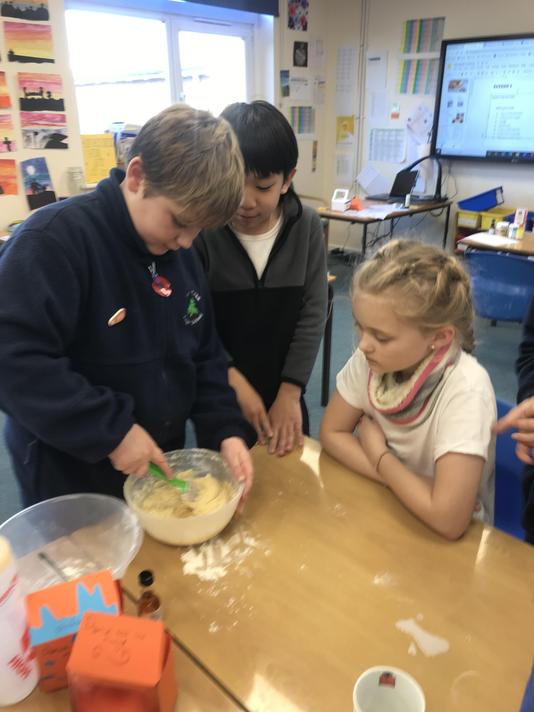 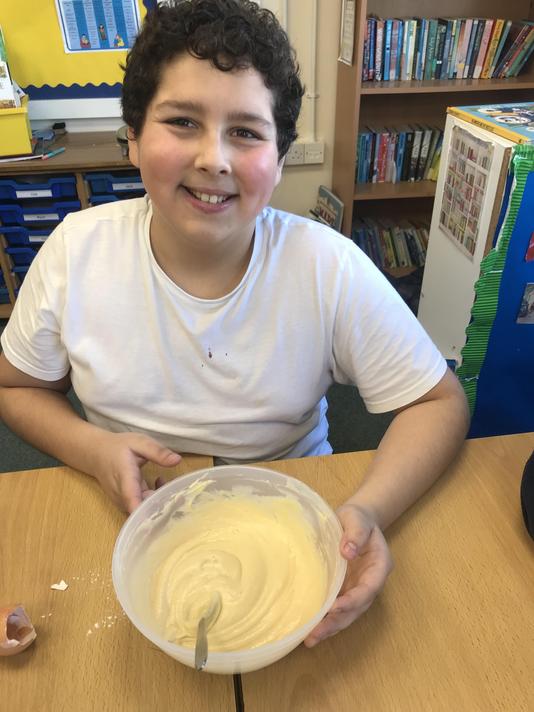 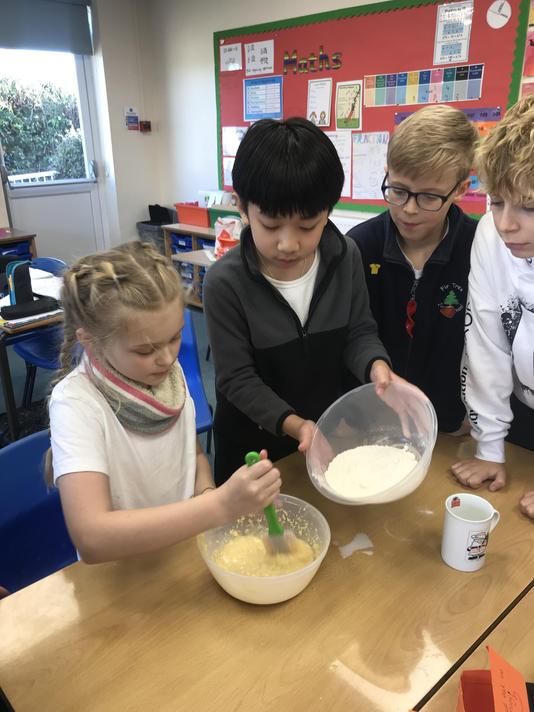 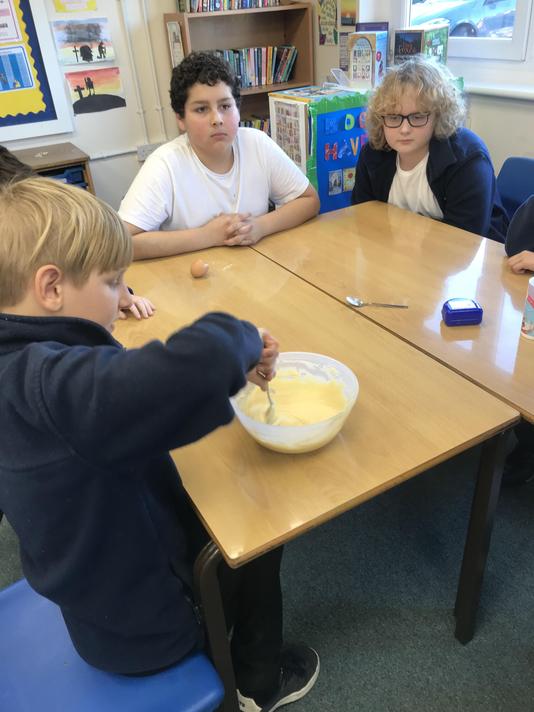 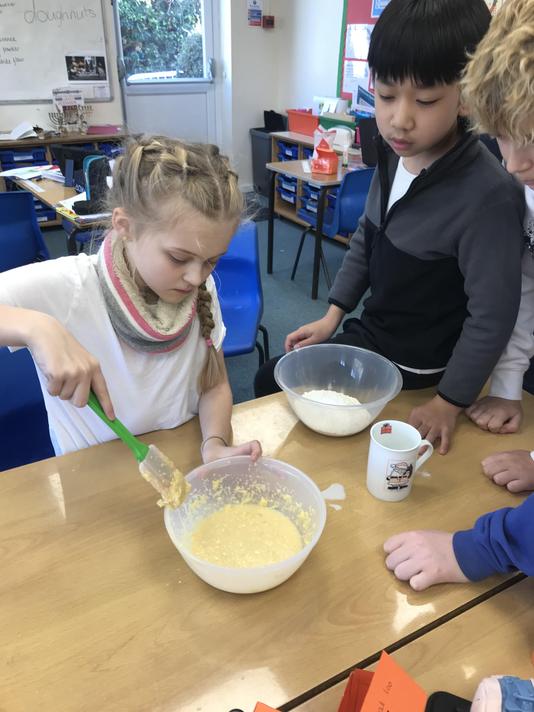 This week we have been learning about traditions during the Jewish festival of Hanukkah. One of the most popular traditions is making oily foods. These foods are cooked in oil because of the story of oil outlasting its one-day capacity and burning for 8 days instead. The Jewish people therefore make sufganiyot (jam doughnuts) and latkes to remember this story. We decided to take this one step further by firstly designing our own doughnuts and then matching them to the designs. They then created packaging for their doughnuts and evaluated the process at the end of the mini-project

The Dreidel game is a Hanukkah tradition that is played by families to win gelt (chocolate coins). It reminds the Jewish people of the time when they were forbidden to read the Torah, according to the evil tyrant, Antiochus 1V. Each side of the dreidel has a symbol: Nun, Hay, Shin and Gimmel which translates as: A great miracle happened here. 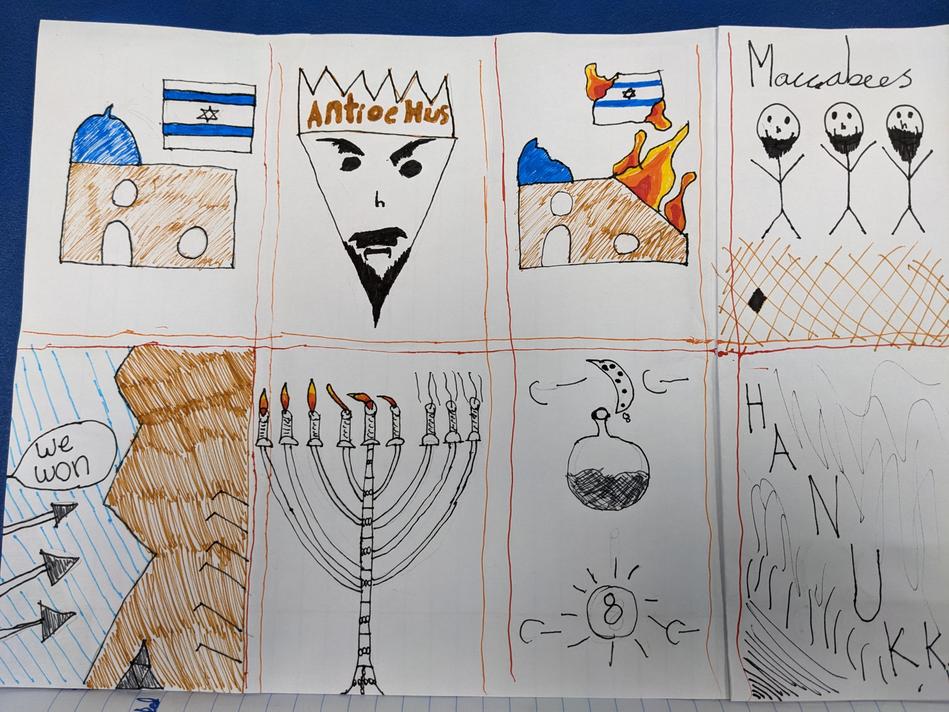 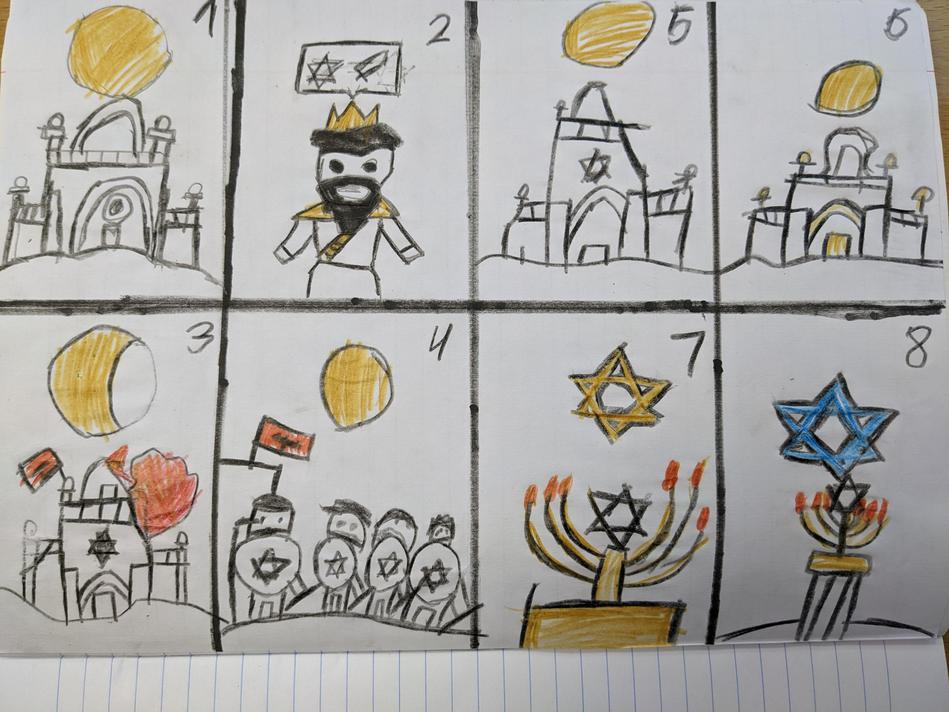 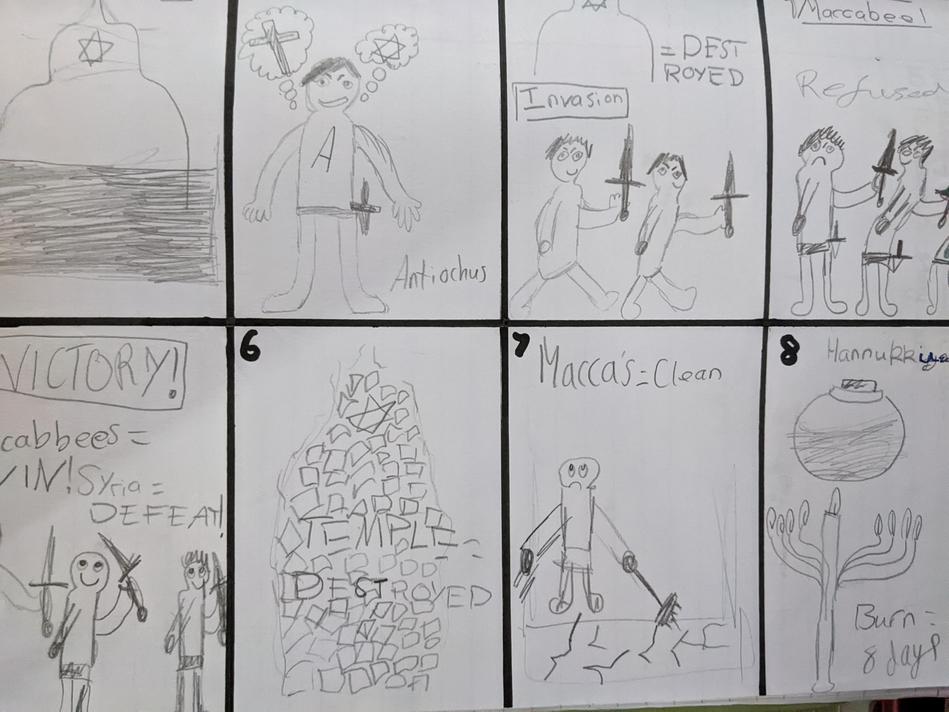 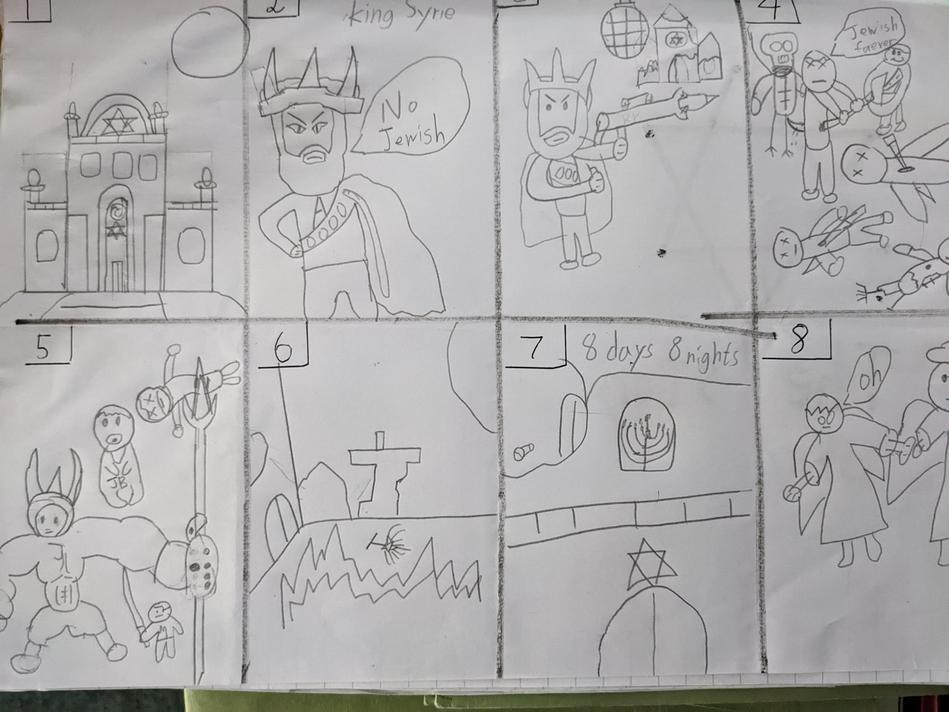 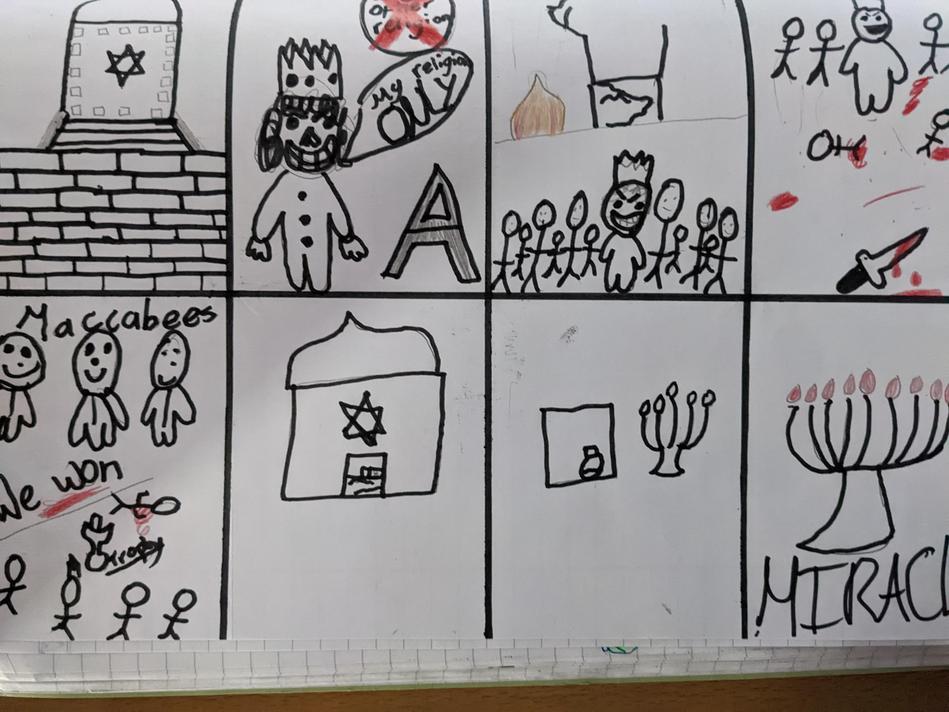 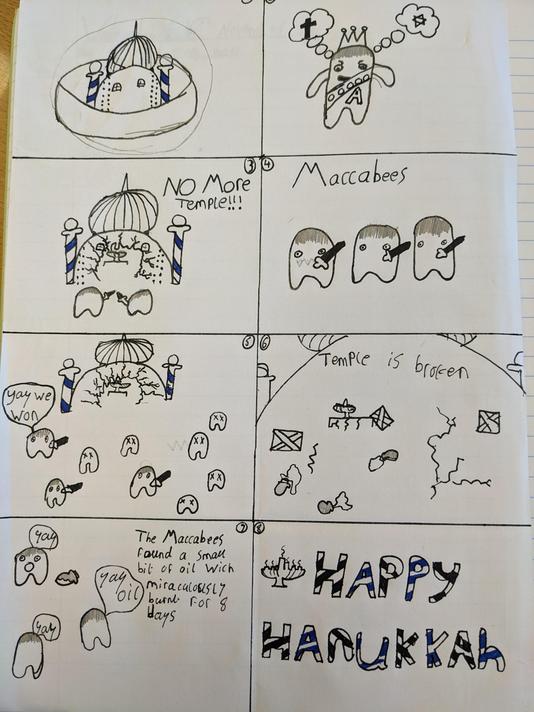 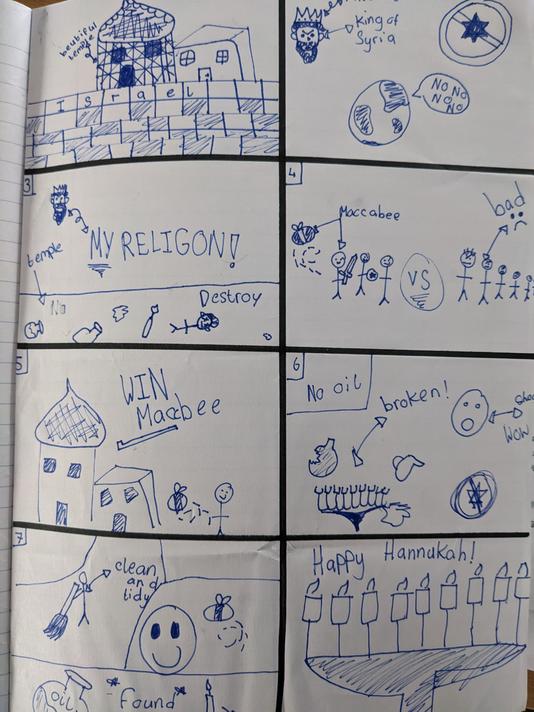 Hanukkah, which is the Jewish festival of light, is celebrated for eight days and eight nights. The Jewish people remember the victory of  the Macabees over the evil tyrant, Antiochus (the King of Syria). Here are a few examples of our story maps to help us recall the story behind this religious festival. 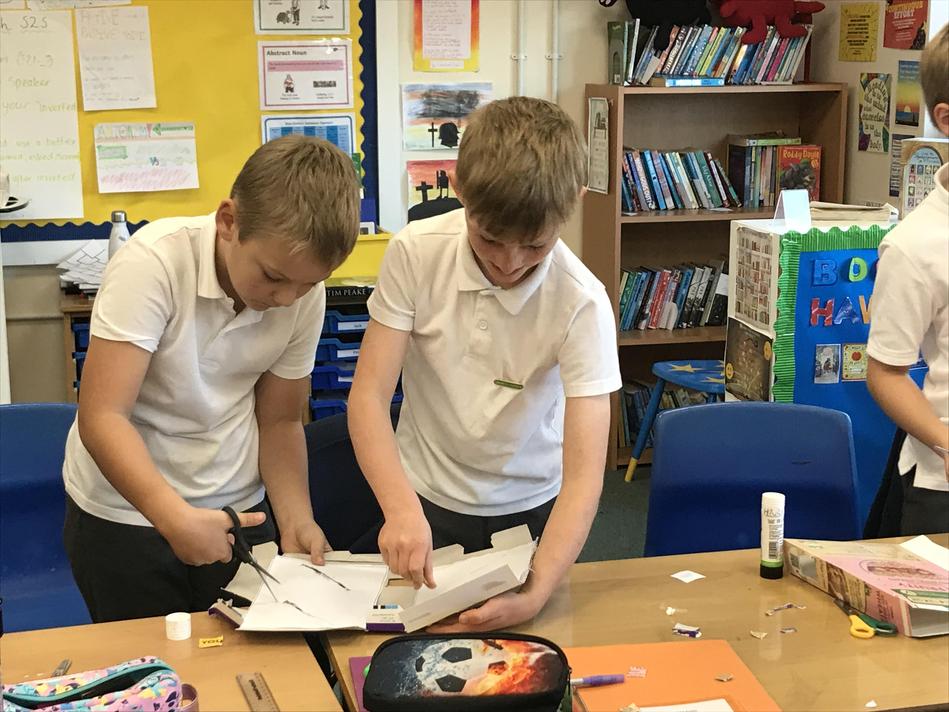 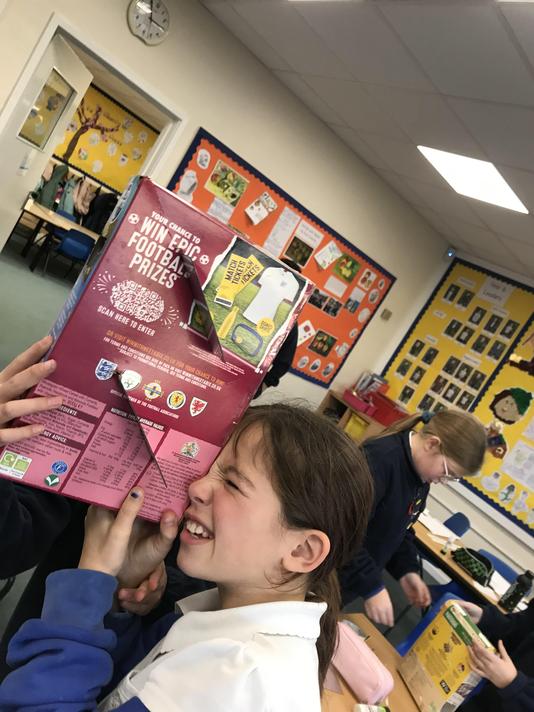 As part of our science project on light we looked at reflection and how it is used in everyday life. We looked at how the light ray, which is called the angle of Incidence hits the surface and bounces of at an angle of 45 degrees to create the angle of reflection.

One of the ways that light angled in a certain way is used is to see over the top of a surface, such as in the trenches or in a submarine, is by having a perisocpe. The children worked in pairs to create their own periscopes which really helped them understand why the position of the mirrors is so important in order for them to work. 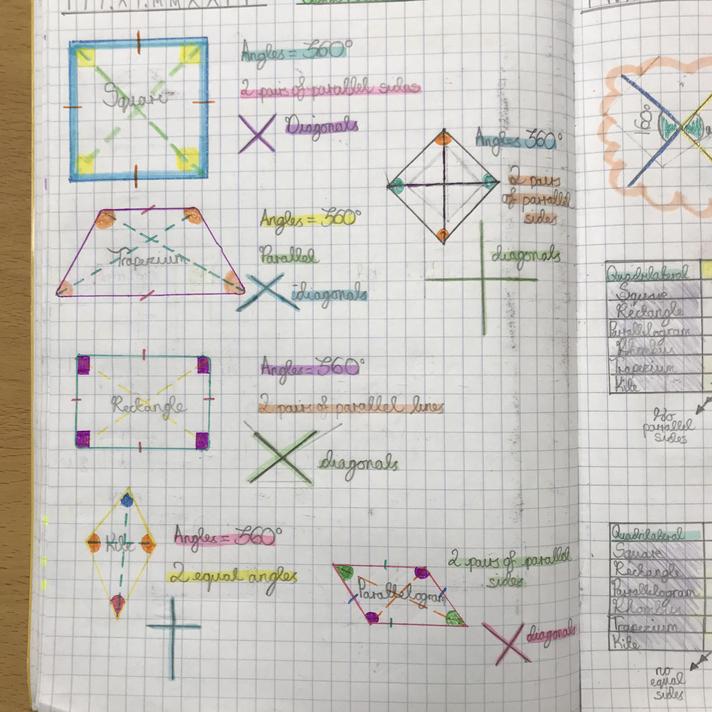 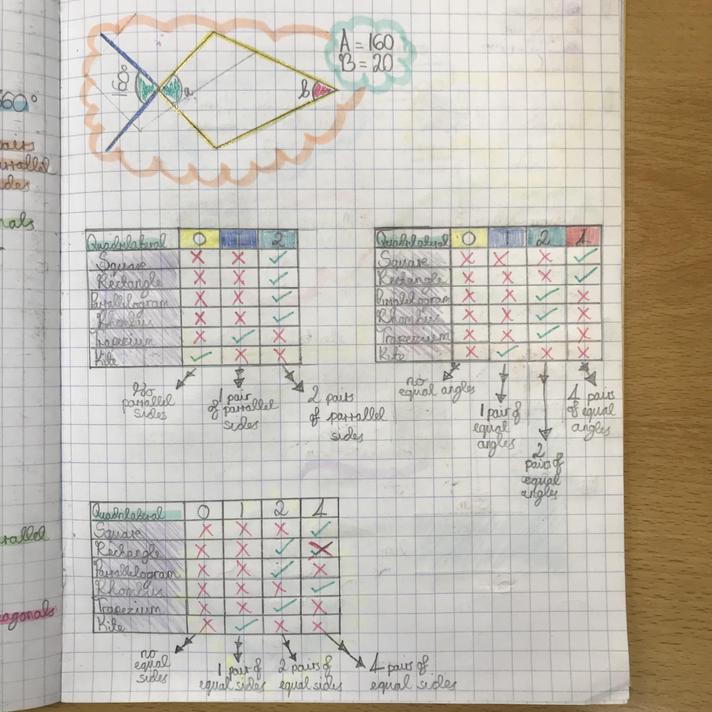 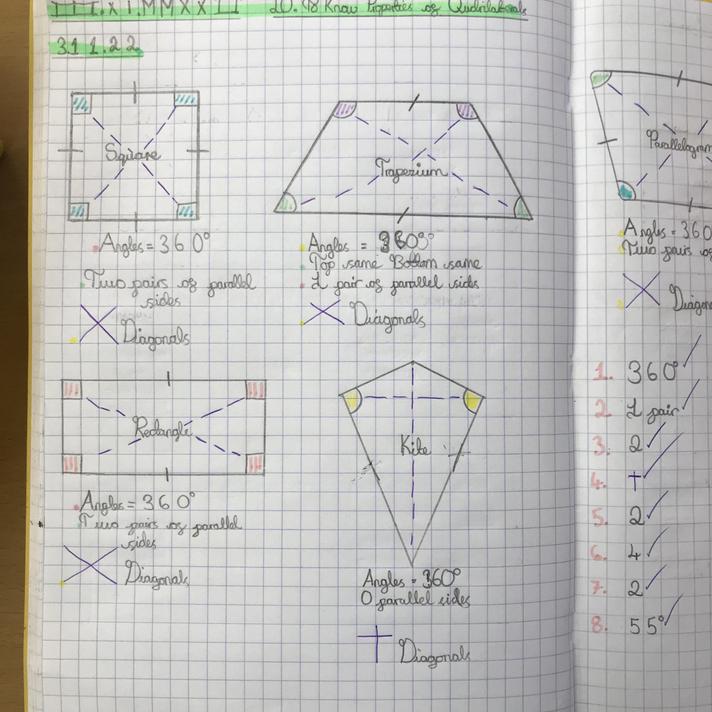 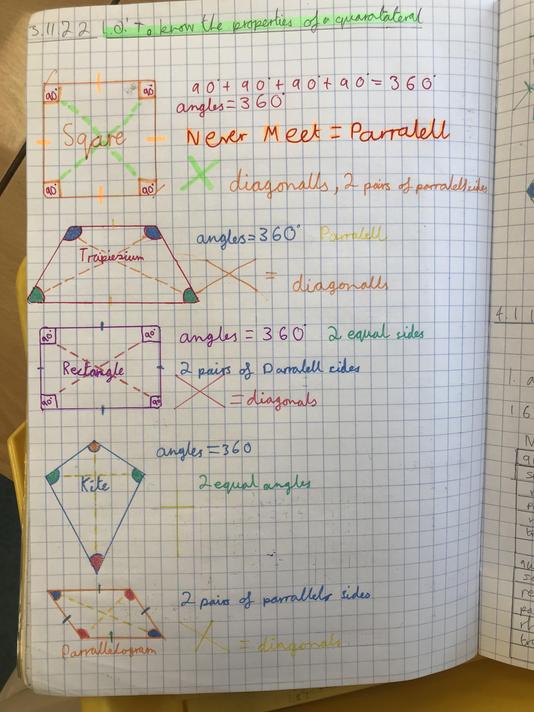 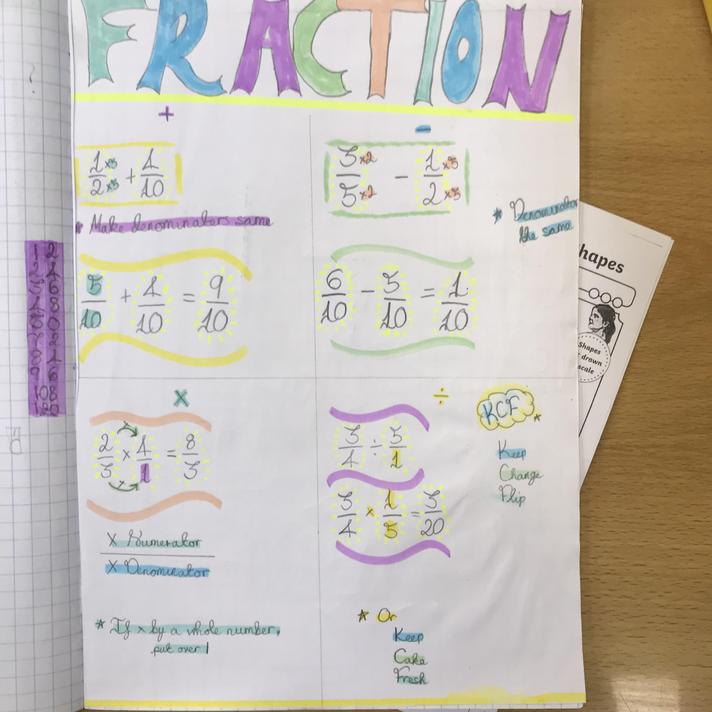 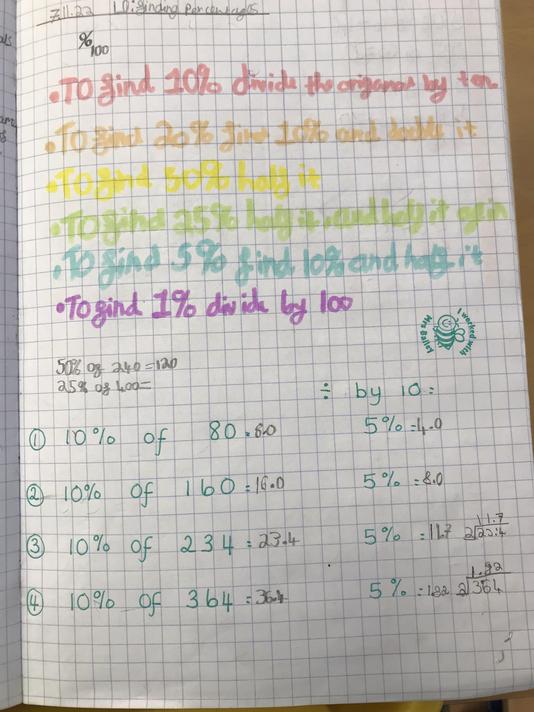 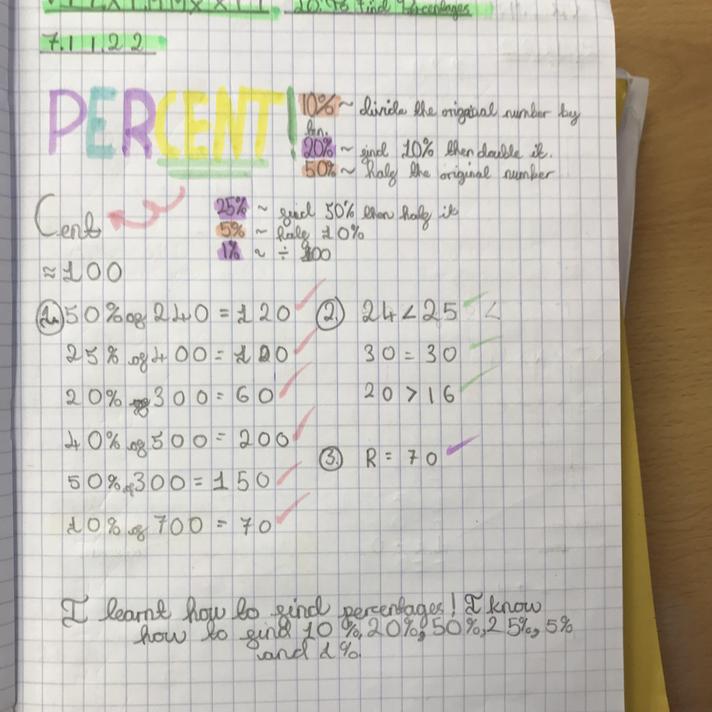 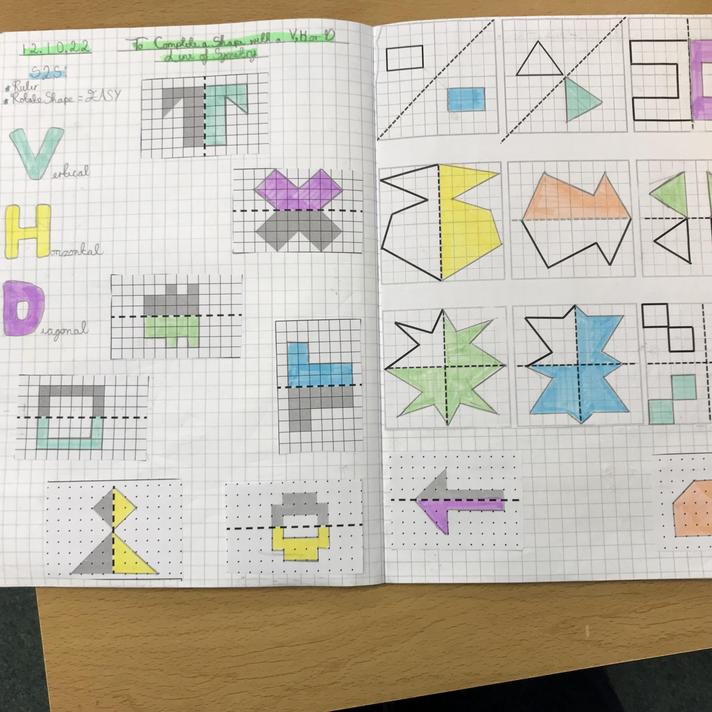 We have been working really hard in our maths lessons and have covered a wide variety of topics. Here are an example of some of the things we have been learning: The properties of quadrilaterals (such as parallel lines, diagonal lines and angles),  solving problems involving fractions - the children made their own posters to help them remember each of the rules and then moving on to finding percentages of amounts and that by knowing how to find a few of the main ones (1%, 10%, 50%) they can find the percentage of any amount.

After writing our non chronological reports, we read and analysed a range of WW1 themed poems. There was a collection of rhyming and non rhyming, some were well known e.g. 'In Flander's fields' and others were less well known. We worked collectively to create a class poem before working in pairs to write our own.

Using polystyrene tiles, we scored our poppy image onto it before painting. Some children chose to score one poppy image and others wanted to fill their tile with hundreds of poppies. After painting, we printed our tiles and we are pleased with how effective they look. We learned that we had to paint fairly quickly as the paint tended to dry before some of us could print. Some children wanted to paint their poppies red to commemorate those who sacrificed their lives in WW1 and some chose white (to promote peace) and purple (to remember the animals that have been victims of war).

Silhouette art 'Lest we forget'

We enjoyed using watercolours to create our sunset backgrounds. This gave us a great contrast for our silhouette art images of WW1.

We are loving our badminton session with our coach, Jamie. Jamie is one of the top 200 players in the country and he is so passionate about his sport that he travels around schools to share his love of badminton and introduce children to this amazing sport. Today, we worked on lunging because there's a lot of balance involved when playing badminton. We learned that there are two different types of hold and we practiced our backhand and forehand. Then, Jamie challenged us to hit the shuttlecock through the gaps in the chairs. Guess what...Vi, Alice and Cian managed to do this (they even beat Jamie! Shh!)

Term 1 - Our projects this term are Take One Picture and Macbeth.

Using rap to tell the story of Macbeth

We watched a rap to generate the S2S for writing our own. Then, we created a bank of rhyming words linked to the story of Macbeth. Working in small groups, we began to retell the story in a rap format and finally we got to perform it for our audience.

Silver Birch had fun experimenting with different word cloud shapes to represent the story of Macbeth. We discussed character adjectives and came up with some super adjectives to describe Macbeth's character: power-crazed, greedy, ruthless, disloyal... we also talked about the main themes from the play - revenge, power, guilt, insanity, loyalty and betrayal. Above is one of our examples.

Hot-seating to interview guests at the banquet. 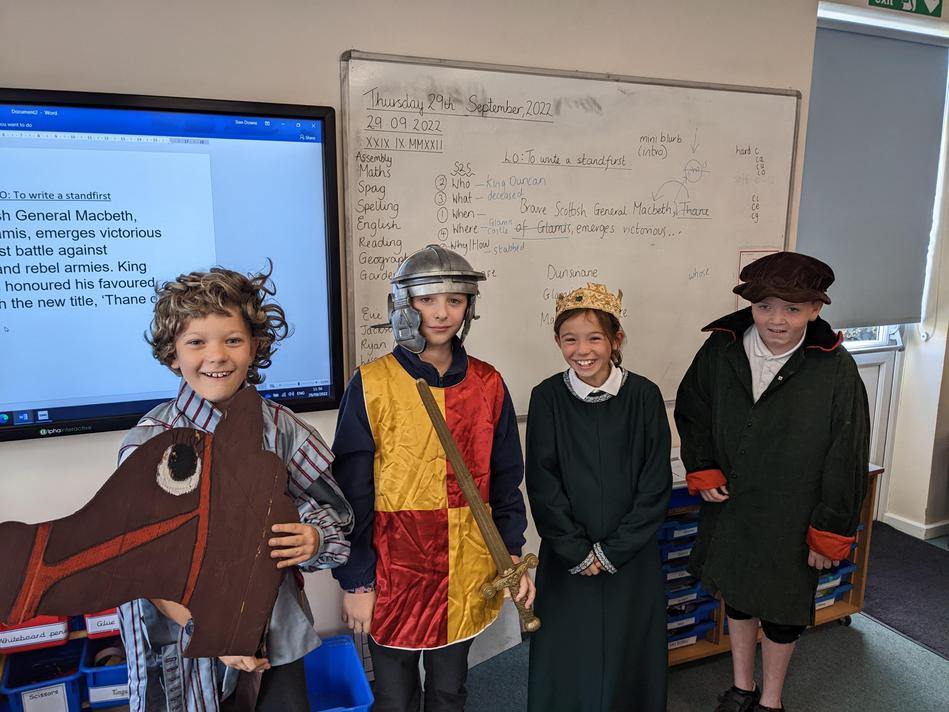 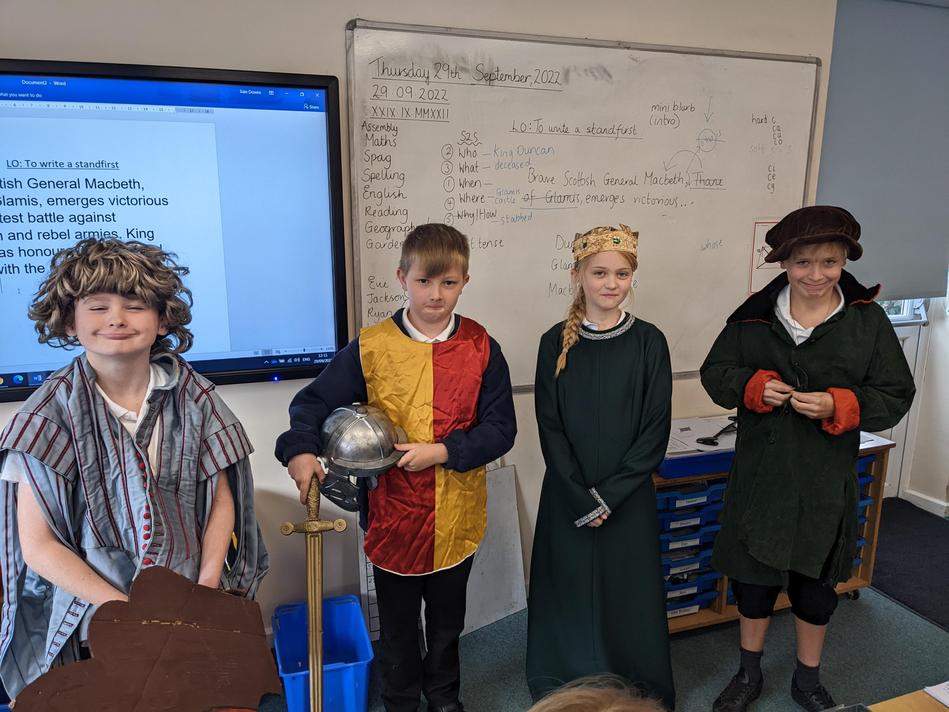 We had some important visitors into class last week - Banquo, Lady Macbeth, one of the guards and a minstrel were interviewed by some astute detectives, using a range of open questions, to see if we could unveil the truth about King Duncan's murder. Lady Macbeth put on an oscar winning performance and the poor guard didn't stand a chance!

Newspaper report - the King is dead!

Of course we had to let the people of Scotland know that the King was dead and his sons had fled overseas. The guilty guards of Glamis were not given a chance to explain why they were covered in King Duncan's blood. We looked at a range of headline techniques including rhyme, word play (puns) and alliteration. We revisited the rules for punctuating direct speech so that we could punctuate our eyewitness statements perfectly. Watch out people of Dunsinane because as Rosie says in her article: It's Treason Season!

We stepped into Macbeth's shoes when we wrote our diaries, imagining what his inner thoughts might be. Should he commit treason to prove to his wife that he does not lack ambition; he is not 'lily-livered' as she proclaims. King Duncan is like a father-figure to Macbeth and his whole adult life has been spent protecting him...

Doubts tortured Macbeth like scorpion's stings - what will he do?

The evil witches proclaimed that Macbeth would be the King of Scotland.
Macbeth is in turmoil. To kill King Duncan or to not kill the King? That is the question!
Banquo can sense the scent of evil in the air...
Lady Macbeth knows that her husband is 'lily-livered' He will not commit treason.
King Duncan is a fatherly figure to Macbeth. Will LM persuade him to commit murder?

Today with Mel in the garden, group 3  planted a grenadine tree that was donated by Root 1. They had to work together to dig a hole, give the plant some food and plenty of water. Another group planted a Morello Cherry tree that Jenny bought for the bargain price of £2.50 from Wilko's - thanks Jenny for your kindness. Not only do you volunteer on a weekly basis but you also keep a look out for produce and materials that we can use in our school garden. After all the digging, everyone tried some sorrell - its bitter flavour was not a favourite with Silver Birch but well done everyone for trying something new.

Take one Picture - Paul Cezanne ' A Still Life with Apples'

Silver Birch started their new school year by learning about Paul Cezanne's painting: ' Still Life with Apples.' We learned that Cezanne used a particular type of brush stroke when painting and we tried to emulate this technique in our paintings. A Still Life picture shows us a collection of things that don't move, often flowers, fruit and other everyday objects. Cezanne painted a lot of Still Life paintings in his studio in France. This enabled him to experiment and find new ways of looking at familiar things.

Silver Birch decided to investigate apples and become experts. We have learned so many fascinating facts which we presented in non-chronological reports. In addition to this we taste-tested a variety of apples and discovered that the class favourite is...the Granny Smith - luckily this is the healthiest apple you can eat!

Finally, after conducting a fair test to discover how we could prevent the inside of the apple from turning brown, we made our own apple juice and pressed a grand total of 62 litres (enough for the whole school to taste!) Everyone agreed it was refreshingly delicious.

Unfortunately not the ones with chocolate chips.

Some cookies are necessary in order to make this website function correctly. These are set by default and whilst you can block or delete them by changing your browser settings, some functionality such as being able to log in to the website will not work if you do this. The necessary cookies set on this website are as follows:

Cookies that are not necessary to make the website work, but which enable additional functionality, can also be set. By default these cookies are disabled, but you can choose to enable them below: